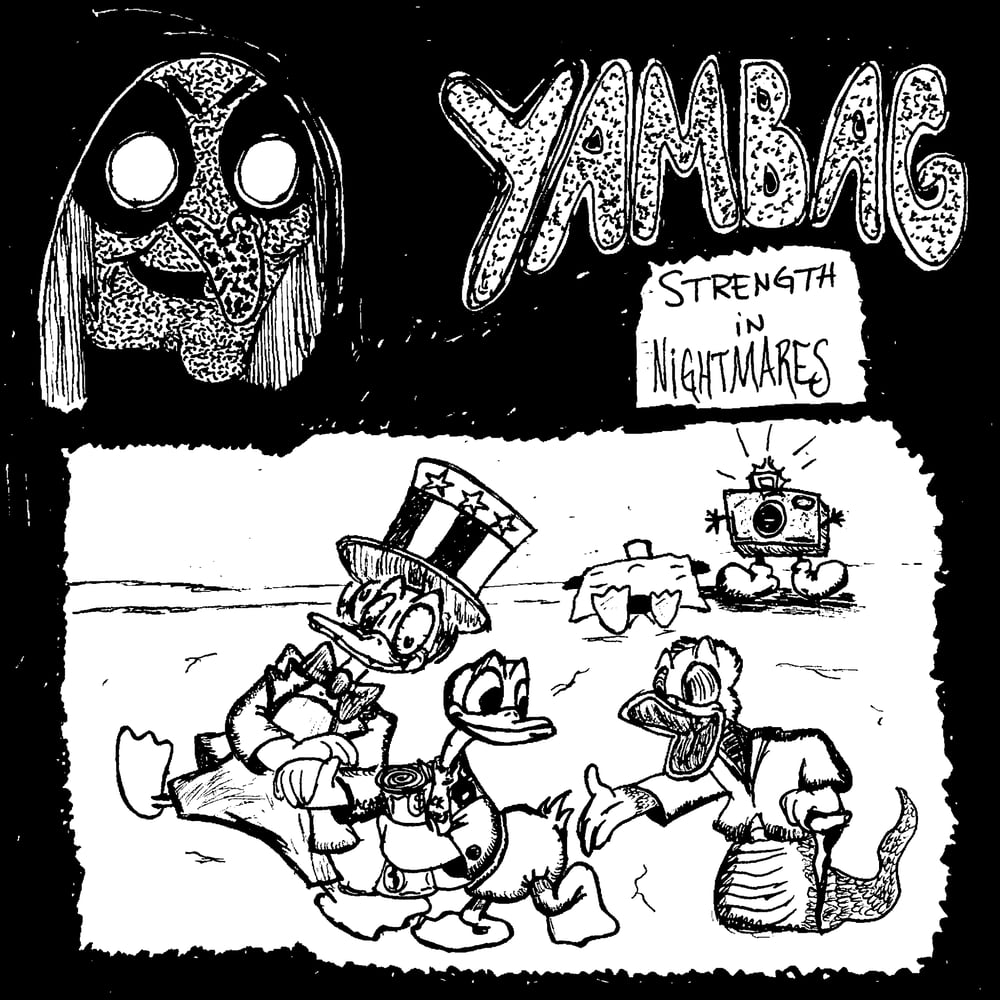 CONVR47 is Yambag's Strength in Nightmares 7". Carrying the torch for the new post-COVID, post-Now That's Class Cleveland, it's YAMBAG. Given that their name is from an UPSTAB song, it should give you a hint about what you're going to hear. Combine that classic Clevocore sound with fastcore and then you've got the full picture. Returning from their debut LP Posthumous Pounce! with Strength in Nightmares, Yambag proves they're the fastest band in hardcore punk right now.

This is a split release with 11PM. 100 copies on orange vinyl (Convulse Exclusive), 100 copies on brown vinyl (11PM exclusive), and 300 on black. All vinyl orders are a preorder, records ship September 15, 2022. Orange vinyl only available in the Convulse Records store (convulserecords.com).

If you're in Canada order from Northern Scene and save on shipping https://northernscene.net/